Richard Crosbie (1756-1824) is celebrated as Ireland’s first aeronaut. Only 18 months after the Montgolfier Brothers’ balloon experiments in France, Crosbie built a hydrogen balloon in Ireland. His aim was to fly across the Irish Sea to Wales.

In January 1785, 20,000 people witness his first flight from Ranelagh Gardens in Dublin.

He organised two further flights in Dublin, from Royal Barracks and from Leinster Lawn, and made a final flight from Limerick in 1786.

This was a period in which all of Europe were gripped by Balloonomania and Ireland was no different. The period is remarkable asScience is starting to be recognised as a valid field of study. There is also an understanding of spectacle and how to make money from such scientific endeavours.

Crosbie: McGuire what is the problem?

MacGuire: It seems, sir, that the balloon is not shifting.

MacGuire: As I said sir, it is not shifting.

Crosbie: Why ever not? 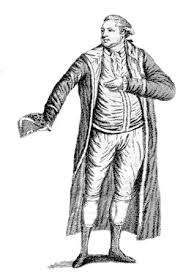 Crosbie had a dramatic life and many encounters. As a scientist he was extraodinary and as a person no less so. The story depicted in Flights of Fancy encompasses only part of his biography. Much of the action is imagined.

Crosbie, having living in Ireland for many years had a subsequent career as an actor in New York, where he also organised a balloon shows for public entertainment. Most tragically though he spent many of his later years eeking out an existence in a lean-to shed in Baltimore before returning, unheralded, to Ireland to die in 1824. 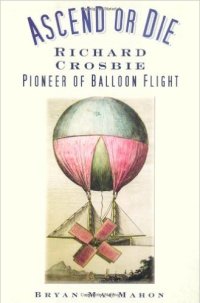 After the first draft of the play was written, a wonderful book by Bryan MacMahon was published and became very useful in adding to the final draft of the play. This book tells the dramatic story of the intrepid scientist and showman, Richard Crosbie, and places his extraordinary achievements in the context of European ballooning.

For the biography of Mrs Leeson 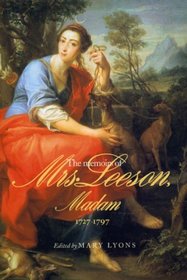 – The Memoirs of Mrs Leeson, Madam 1727-1797 (ed by Mary Lyons) was a revelation in terms of connecting these two very famous people in 18th century Dublin.