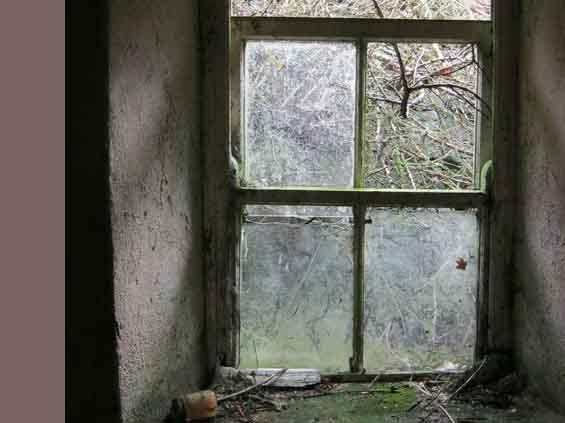 Zoë’s first bed was a drawer. It is still lying there, beside her parent’s bed, untouched and rotting. It’s been lying there, discarded, for her entire life. She is 34.

Zoë takes her two sisters and her parents back to the cottage, near Kiltyclogher, Co. Leitrim, where they all lived in the late 1970s. Her parents still own the cottage, but have never bothered to go back to collect their belongings in half a lifetime.

Zoë grew up knowing all about life in the cottage often but has never been back. She has never even seen a photograph of it and can only imagine what life must have been like in a stone cottage with no electricity and no water. After they left, her parents spent many years moving around, mainly for work, but have lived only 35 miles away from the cottage for the past 6 years.

As Zoë and her family travel back to the cottage they each consider what the cottage meant to them and why they’ve never bothered to return. They sift through the stuff that they once owned in the deserted cottage they reflect on what it was like to live there and what happened to all those years since they closed the door and walked away.

‘Documentary on One is the home of Irish radio documentaries and the largest library of documentary podcasts available anywhere in the world. We tell stories in sound, mostly Irish ones, and each documentary tells its own story’