This week on The Book Show we talk to best-selling author Louis de Berniéres about his latest novel The Dust That Falls From Dreams. De Berniéres is probably best known for his fourth novel Captain Corelli’s Mandolin. His latest novel begins with the death of Queen Victoria and follows the fates of three families in neighbouring houses in Kent. When war breaks out, the Ash Pendennis enlists, and his neighbour and childhood sweetheart Rosie is determined to do her bit by becoming a nurse. De Berniéres discusses the book with Sinéad Gleeson and tells her that the character Rosie is based – loosely – on his own grandmother. He tells her about the research he did to write the book and how to tread carefully when writing fiction about real people – especially family members!

Sinéad tells us about an exciting new collection of short stories to be published in 2017. F.Scott Fitzgerald published many in his lifetime but not all the ones he wrote saw the light of day. A new collection, I’d Die For You, is made up of stories written in the 1930’s when Fitzgerald was battling with alcoholism and when his wife, Zelda, was dealing with mental illness. The tone of the stories, perhaps as a result, is darker and some of the subject matter was considered too risky for publication. Fitzgerald shelved them despite craving publicity and cash! 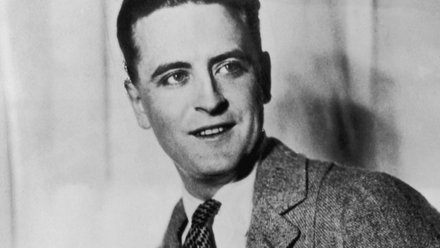 Finally Sinéad speaks to debut novelist Kit de Waal about her book, My Name Is Leon. Set in the 1980’s it’s the story of a nine year old boy, Leon, who is brought into foster care when his mother is deemed unfit to bring up her own children. Leon is separated from his baby brother Jake and the novel deals with his struggle to make sense of the seemingly loveless world around him. It’s often heart-breaking but also full of warmth and humour and Kit de Waal tells Sinéad that it’s not entirely fiction. It’s a novel based on her own upbringing. Kit’s father came from the Caribbean and her mother, who is Irish, was a foster carer, so Kit’s experience of this as a child is present in the book.