This week on The Book Show, Sinéad Gleeson is joined by US writer Sara Taylor. Her latest book is called The Lauras and it follows a mother and daughter as they travel on a road trip. Alex is a 13 year old who is taken on the unplanned trip by her mother who has just walked out from a tempestuous relationship. The journey takes the pair on a tour of the places, the unnamed ‘Ma’ was familiar with growing up. Alex discovers her mother’s own past and history outside of her role as ‘Ma’. Alex has her own journey to make as she finds a way to express her gender.

The Lauras of the title are a group of people, who share that name and who have special meaning for ‘Ma’ – all called Laura!

Sara discusses the book with Sinéad and we hear a short reading from it.

Regan Hutchins gets to grips with ridding his shelves of unwanted books but soon discovers that it isn’t as easy as that. Why do we cull books, he wonders and what if we regret our decision? 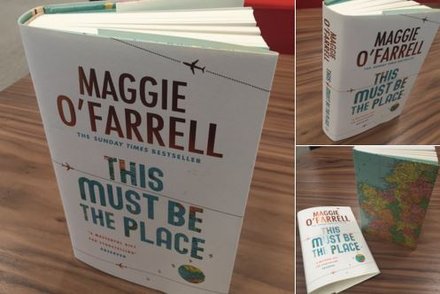 Although Maggie O’Farrell was born in Northern Ireland, her latest novel This Must Be The Place, her seventh, is only the second to be set in Ireland. It tells the story of the reclusive ex-film star Claudette Wells and her relationship with academic Daniel Sullivan. They meet as Claudette is living in the wilds of Donegal. As with many of O’Farrell’s novels, it examines family life and the ties that bind us. For this novel, O’Farrell has widened her lens to include a journey across time and the globe – as the story criss-crosses three generations and two continents.

O’Farrell reads from her novel and discusses it with Sinéad.