This week Inside Culture is in San Francisco to revisit the Summer of Love of 1967. 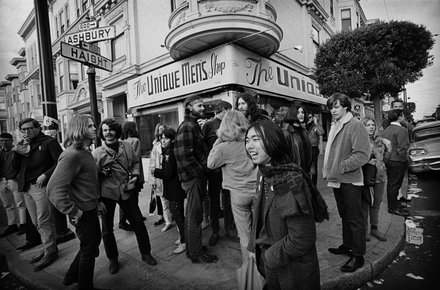 Fifty years ago, thousands of young adults crowded into San Francisco’s Haight-Ashbury neighborhood. They were responding to a movement which had sprung up in the Bay Area and which had grown out of the Beatnik movement of a generation before.

Coffee and jazz was replaced by acid, marijuana and a new sound – psychedelic rock. A new identity – that of the hippie – was also created and its message of peace, love and happiness was one that spread quickly and drew huge numbers of young people who were desperate to escape the overriding conservatism of the times.

Fionn meets with the Music Critic from The San Francisco Chronicle, Joel Selvin, who has written many books about the period. Joel explains how the identity of the hippie was slow to emerge but it soon galvanised around the music of local bands such as Big Brother and the Holding Company, Country Joe and Jefferson Airplane. They fused into what became known over time as The San Francisco Sound and the bands began to appear at local venues such as The Filmore and in outdoor spaces in parks and fields. These began to grow in size until one infamous gathering, The Human Be In, attracted tens of thousands of people at the Golden Gate park on January 14th 1967. Beat poets such as Allen Ginsberg, High Priest of LSD Timothy Leary (whose famous mantra Turn On, Tune In, Drop Out was uttered that day) and many of the bands led the crowd.This was a turning point and from here on the media began to pick up on the hippie movement which led many others to join it. They came in their thousands and overwhelmed San Franciscans who were unused to the crowds. Haight-Ashbury was the focal point and the local community was unable to provide housing or healthcare for the young, homeless runaways. The media reported clashes with the police – and not just in San Francisco – and by June 1967, the Summer of Love had exploded onto the national and international headlines.
Judy Goldhaft belonged to a group that called itself The Diggers. As the crowds arriving on the streets of Haight-Ashbury were showing no signs of abating, a Death To Hippie mock funeral was conducted down the street to ‘call the whole thing off’. Tour buses were going down the same street and the police were warning that they would take drastic actions to stem the flow. 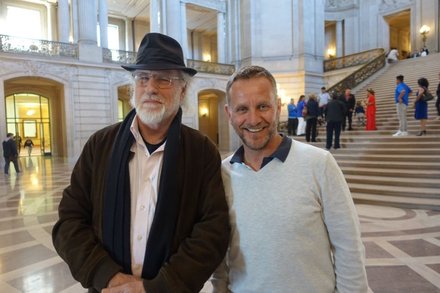 The Diggers became something of a next generation Hippie. They organised food, clothing and homes for the people arriving to the city, they arranged events and published pamphlets but as the congestion in the city and the explosion of the movement led to the inevitable increase in rents, they moved outside the city to the surrounding countryside where they became pioneers of The Back To The Land movement – developing a sustainable living and practising organic farming.

Rebecca Solnit, the San Francisco writer and activist can remember the Human Be In – just about as she was 6 years old – but there is a dominant narrative about the hippie movement which has to be challenged.Fionn visits her at her home to hear her argue that in fact many of the progressive movements we now associate with the Summer of Love had already begun in the years before. From feminist and gay organisations, to scientific work on ecology and the black civil rights movement – Solnit says that the hippie era was harvesting the crop of work that had gone on before. She acknowledges the changes brought on by the period though she confesses that she was more sympathetic to the Punk movement which was to follow in the decade ahead.

50 years later The Summer of Love has contributed to the identity and culture of San Francisco today – a city undergoing much change but a place, nevertheless, which still basks in those hazy months of 1967.