Art from the Anthropocene – The Cultural Frontline BBC World Service

Zoë Comyns goes in search of art from the Anthropocene. She meets artists who are all responding to this geological age driven by humans, the so-called Anthropocene, and our footprint on the planet.

The audio documentary was presented and produced by Zoë Comyns with sound design by Anna Bertmark.

The documentary features six exquisite artists from across the world: 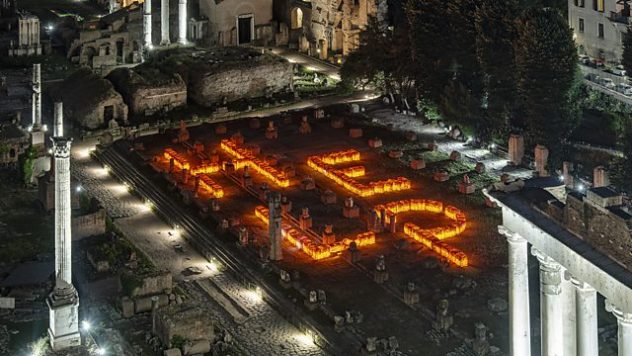 Maria Cristina Finucci’s installation in the Basilica Giulia in the Roman Forum.

Maria Cristina Finnuci’s installation in Rome consists of five million plastic bottle caps spelling out the word HELP across the landscape. Zoë recorded with her in Rome overlooking the installation.

This light installation “HELP the Ocean,” sounds the alarm about the state of our planet to millions of passing tourists and city residents.

The installation is part of a cycle that the artist started in 2013 with the foundation of the new federal Garbage Patch State, the second largest state in the world (after Russia). The state covers 16-million-km² area, and composed of the five main plastic “islands”  or gyres in the oceans. The state even has its own flag emblazoned with the words ‘the away state’ as there is no away – the away is the centre of the ocean. 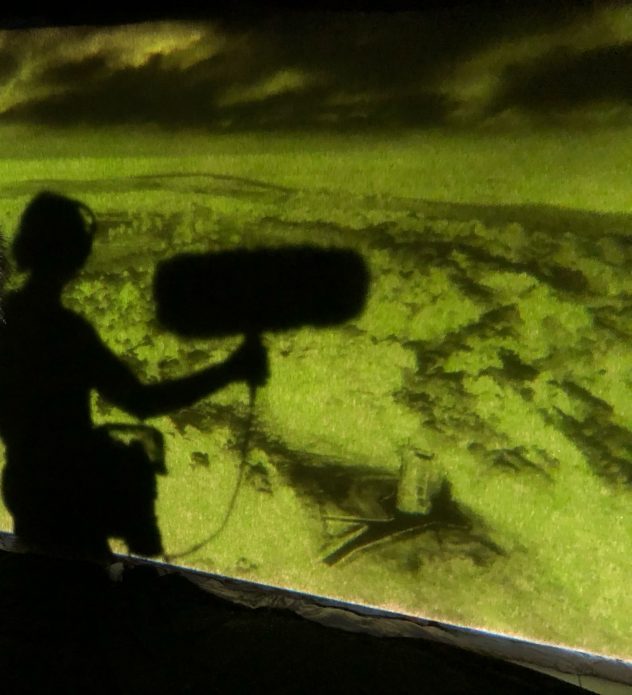 Zoë Comyns records in Dorking town centre with Dan Harvey and Heather Ackroyd – this grass ‘photograph’ is grown on the gallery wall. Here is is developing the dark room the artists have constructed in the gallery space.

Heather Ackroyd and Dan Harvey from the UK create powerful reminders of our dependence on plants: they grow grass ‘photographs’ on gallery walls.  “In their multi-award winning photographic work, blades of seedling grass provide a highly light-sensitive surface that the artists use to create a unique form of photography, imprinting complex images in the living material through the controlled production of chlorophyll.

In the documentary the show Zoë around a converted shop in Dorking town centre. They have set it up as a gallery to bring art into new settings to encourage new viewers. The image here is of Leith Hill, a local landmark and place of outstanding beauty where there were proposals to drill for oil commercially. Local efforts by artists and activists led to these plans being shelved.

Justin Brice Guariglia is an American artist and activist known for his large-scale photographic, sculptural and public works that address ecological issues. He has taken his study and interpretation of global warming to a personal level, tattooing his arms with graphs charting rising surface temperature and carbon levels. In 2018, Sotheby’s called Guariglia “one of the most prominent cultural figures working to address climate change.” In this episode of The Cultural Frontline he shares his personal commitment to highlighting climate change, show Zoë his phone app ‘After Ice’ which shows users water level increase after a possible total ice melt. They look at the artworks in his studio that are inspired by the landscape of the Anthropocene – including works that depict ice sheets that have long since melted since Guariglia photographed them as part of the NASA embedded artists in Greenland program.

Craig Santos Perez is a native Chamoru from Guam, and a poet, academic and environmentalist. His poetry highlights environmental degradation in the Pacific region. 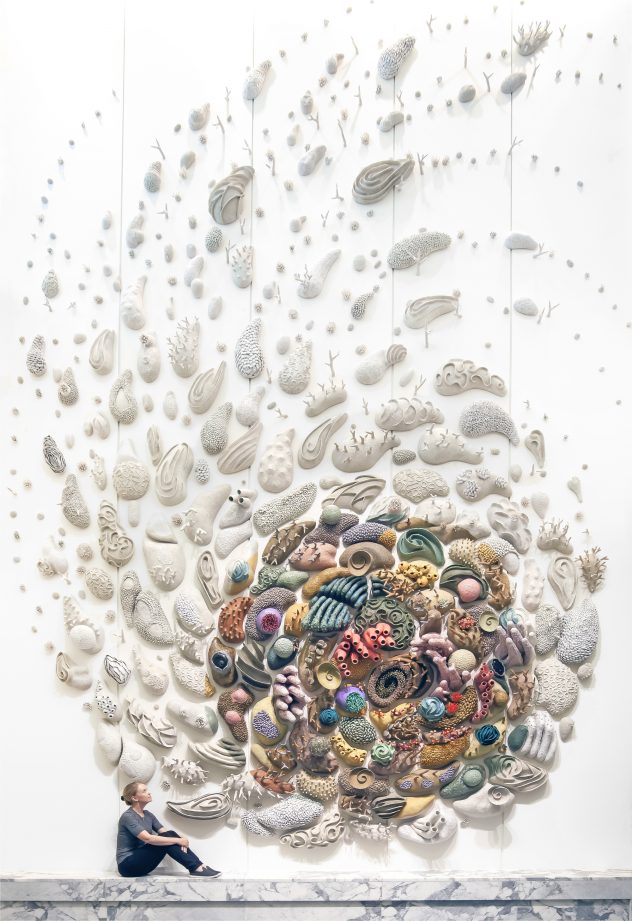 Courtney Mattison from the USA was a marine biologist, and has taken her knowledge and applied it to recreating fragile ceramic coral reefs.

This is a sound rich journey through artworks that inspire curiosity, help us imagine a new way of living and through creativity help build a sustainable future.