On tonight’s Inside Culture we talk to IMAX filmmaker, Greg MacGillivray. We hear about dark heritage, Wagner and truth, and we visit Monster Music Improv, a children’s show at the Ark in Dublin.

Greg MacGillivray, has made over 35 IMAX films, has been twice nominated for an Oscar and is the first documentary filmmaker to top $1bn in worldwide sales. Our presenter, Fionn Davenport, caught up with him during a visit to Dublin. His film Everest, narrated by Liam Neeson with music by George Harrison, is the second-highest grossing IMAX film of all time.

MacGillivray’s films feature a star-studded cast of narrators including Meryl Streep, whose voice you hear on 2012’s To The Arctic, and Robert Redford, who lent his voice to his most recent film, National Parks Adventure, an IMAX tribute to the US National Parks Service through the adventures of legendary mountain climber Conrad Anker and two others, who explored the parks dotted throughout the US. For all information relating to his films and his various conservation initiatives, go to macgillivrayfreeman.com

Dark Heritage is an emerging sector, and it held its first international conference this year. Reporter Louise Williams travelled over to the dark side of heritage to find out more. Louise speaks to Laura McAtackney from Aarhus University, and Catherine Harper, professor of textiles at University of Chichester. The Asylum Archive (asylumarchive.com) is also featured.

Jeffrey Schnapp speaks to us about monuments with a controversial history. He has served as chief consulting curator for BZ ’18-’45, a documentation centre built under Marcello Piacentini’s Monument to Victory in Bolzano/Bozen that opened in July 2014. If you’d like to find out more, go to jeffreyschnapp.com

Monster Music Improv, a music improvisation and visual performance, is touring across Ireland over the coming weeks. Fionn caught up with Aideen Howard, director of The Ark, Aoife Concannon from Improvised Music Company, and vocalist Lauren Kinsella to discover more. Monster Music Improv will tour nine venues across Ireland from the 21st – 31st October. Check out improvisedmusic.ie 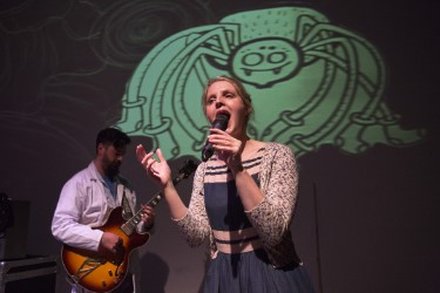