This week Sinead talks to Irish writer Bernard MacLaverty about his work Lamb, Cal and just-published short stories and also in the programme we learn what to do with an unfinished novel.

He is a multiple award winner, many of them from Scotland where he currently lives.

The often bleak world he depicts in his work is always brightened by a capacity for joy and his sympathy for his characters throughout his work. His stories have been compared to those of Joyce and Chekhov.

Bernard discusses his work with Sinead and talks candidly about father son relationships, illness in his work and the heady cultural scene of Belfast in the 1960’s. 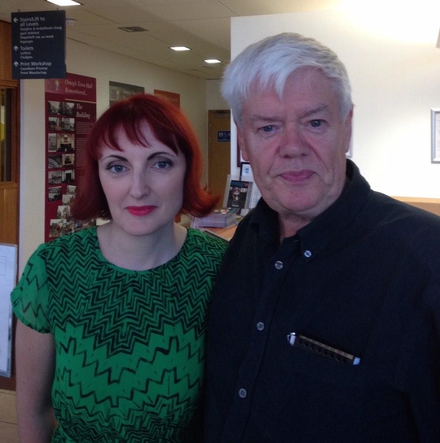 They say there’s a novel in each of us but how many of these actually get written? Or finished? Liam Geraghty bravely finds out. With the help of Penguin Ireland’s Michael McLoughlin and writers Siobhan Parkinson and Chelsea Morgan Hoffmann he discovers why so many great tomes never even make it to the page.