Paul Auster is one of America’s greatest writers, who has proved to be just as at home in the novel and short story, as in film scripts, essays and memoir. He has just published the second part of his memoirs, Report from the Interior, and recently invited The Book Show into his Brooklyn home to talk about his work. In between cigarettes, he showed us his home office, bookshelves and art. He talked about his wife Siri Hustvedt being his only real reader and the amusement he gets from his morning coffee cup. 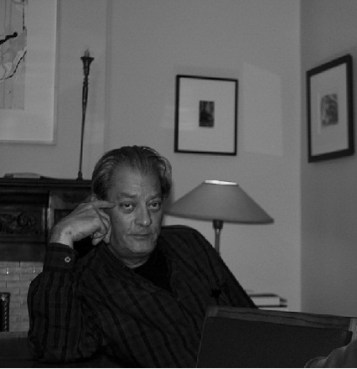 Arlene Hunt is an Irish crime writer and author of eight novels, including her latest, The Outsider. It deals with themes of isolation, what it means to be an outsider in your own community and the real and familiar face of evil. Zoe Comyns took a walk with her in Cruagh Woods in just outside Dublin city to talk about this landscape as an inspiration for her work.